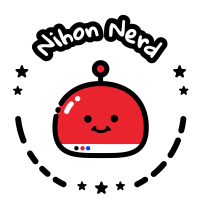 Oh, was I supposed to be writing a blog or something? Oops! My bad! 😅

So last week’s blog was a little heavy, Doc. Not the actual writing; I ramble like a goddamn madman. But the content was a wee bit serious despite my attempt to be seriously unserious. So I didn’t want to follow that up with another deep post, even though I have a topic in mind that I REALLY want to write about. Sorry! Maybe next week. Instead, I’ll blabber ’bout something a little bit more lighthearted and fun than being FOREVER ALONE: Japanese music!

Only, this isn’t about a J-pop band. Oh, no no no! No. Nope. Nep. Wait… Did I just make that word up? I did: Nep. I like it! NEP! I’m gonna start using that from now on. You going to wrestle a bear today? Nep. Do you like balloons? Nep. Is Bueller in class today? Nep. Yep, nep is the shit. 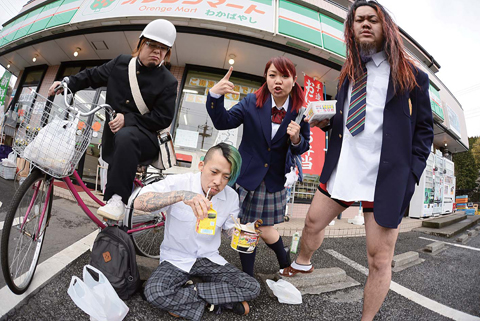 Back to Japanese music: I honestly don’t listen to it. EXCEPT for one band: Maximum the Hormone. I ADORE this band. ABSOLUTELY ADORE them. With all my heart. They are the BEST. Better than the BEST sweet potato cream bun (that’s HIGH praise coming from me). The reason why I’m bringing them up? This band was INSTRUMENTAL (lulz) in motivating me to move here to Japan. Lemme explain how. But first… How the hell did I find about this band? I’ll tell you!

How the Hell I Found About Maximum the Hormone

Long, long, looooonngggg before I decided to move to Japan, I listened to American bands. Oh, and some British bands. Also some European bands, too. Definitely some Canadian bands (TEGAN AND SARA). OK, basically, I listened to a lot of music from all around the world. But despite where they came from, they all sang in English. Not that I don’t like music in other languages. I don’t care! I love that Star Wars cantina song! And that’s played by frickin’ ALIENS. Of course, they don’t sing, but if they did, I’d still love it… 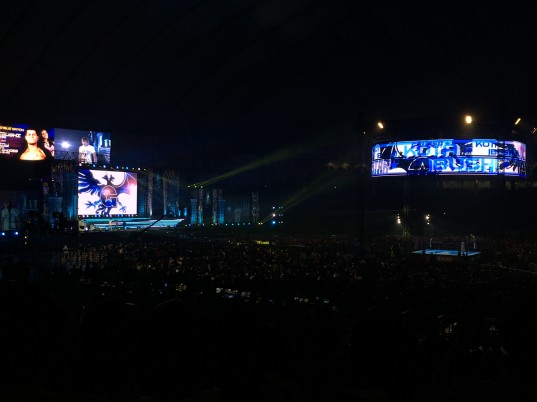 Just like I love pro-wrestling. In fact, I recently went to the BIGGEST wrestling event here in Japan: Wrestle Kingdom 12 at the Tokyo Dome. So awesome! Speaking of Wrestle Kingdom 12, famous WWE wrestler Chris Jericho wrestled Kenny Omega on that very show. And I bring this up, because it was on Jericho’s PODCAST that I heard about Maximum the Hormone.

I DISTINCTLY remember the episode, too: He was interviewing former Megadeth guitarist Marty Friedman (you can listen to the show here). Did I also mention that I LOVE heavy metal? Because I do. So I was REALLY interested in this podcast. EXTRA interested because Marty did something I (at the time, at least) DREAMED of doing: moved to Japan to start a new life! Yep-not-nep, Marty moved to Japan, learned the language, and ended up on a bunch of awesome Japanese talk shows. It was such an odd story; how the hell did a former heavy metal guitarist end up in JAPAN? Well, to be honest, I DON’T REMEMBER. Seriously! But I DO remember him recommending Maximum the Hormone to Jericho. 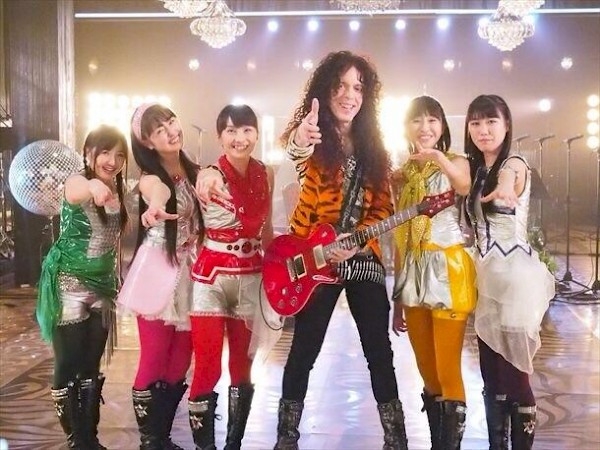 It was fitting, too – I had JUST finished eating at my FAVORITE Japanese curry place in my former ‘hood (Volcano Curry). And as I was walking home, Jericho asked him if there were any bands he should check out from Japan. That’s when Marty mentioned Maximum the Hormone and how they were crazy heavy. When I heard this, I just knew I had to check them out. If the former lead guitarist of Megadeth loves them, they MUST be good.

So, naturally, when I got home, I went to YouTube to find some of their music. Ended up on this video:

Starts off all nice and pretty. OK, I thought. This is odd. Keep listening… So pleasant. So relaxing. So… OMFG! WHAT IS HAPPENING? I instantly loved it. And I (foolishly) figured all their music was like this. Nep. Nep, nep nep. NEPPERS. And this was a GOOD THING.

Y’see, Maximum the Hormone is TECHNICALLY a heavy metal band… I, uh, think? Actually, I have no clue what they are. Because they have a BUNCH of different styles: pop-punk, punk, ska, arena rock, hardcore, metal core, J-pop, pop, etc. Hell, any given song can have like 3-5 different styles in the span of a few minutes. Cool, eh? I thought so.

It didn’t take very long for me to discover this is NOT a serious band. At all. In fact, they’re just a bunch of goofy-ass dorks. JUST LIKE ME. And they have a female drummer who is AWESOME and sings a bunch of their songs. And their bassist is CRAZY, CRAZY good. And the vocalist has a great metal core scream to him, yet he also has nice, clean vocals. This band is the best. THE BEST. You hear me? BEST. BEST. BEST.

OK, so all that you just read? I wrote that a WEEK ago! It’s 7 days later and I still haven’t finished this blog. Worse yet? I actually KEPT all that garbage above. I’m the WORST EDITOR EVER. But I want to finish this so I can continue my blog-a-week streak. CAN’T STOP NOW! So let’s continue…

Maximum the Hormone! They’re awesome. BLOG’S OVER! WOOOOOO!!! See ya next week!

Just kidding. I still have more to write (I do? Ugh!). But I’ll keep it quick (yay!). There’s 3 reasons why I brought up this band:

Because as I’ve talked about WAY TOO MUCH, I knew I wanted to move here, but I wasn’t 100% sure I could make it work. But EVERY TIME their songs came on, it’d give me the motivation I needed. And an excuse to spaz out. Motivational spazzing! The best kind of spaz.

Yeah, so that’s it. Since it’s really hard to find their music on YouTube without running into a MILLION lame-ass reaction videos, I’m going to leave you my FAVORITE Maximum the Hormone song along with my FAVORITE video of theirs:

This video is the EPITOME of why I ADORE this band. Just a bunch of delightful dorks having way, way, WAAAAYYYYYY too much fun. Shit makes my CRY. OMG. God, they’re great. SO GREAT. I watch this and just think, “I WANT TO BE FRIENDS WITH THESE PEOPLE.” Here’s my favorite parts in the video (I have a LOT):

As you can see, I LOVE this video. If you watch this and fail to smile, congrats, you’re a robot. You might like this song better: BEEEEEPBOOOPBEEEEEEPBOOPBOOPBOOOOOP.