The Price of Minimalism

Yeppers. That’s right – I just said, “yeppers.” Don’t know why. It just came out. Don’t judge! I bet you say stupid words, too. We all do. Like this: dudical. Yeppers, you read that right: DUDICAL. That’s my favorite made-up word. Combines my 2 favorite words: dude & radical. If you think I made that up now, you’re a bonafide butt burger. Yeppers, butt burger. Another one. What’s a butt burger? Uh, you, dork-a-saurus. Everyone knows a butt burger is a dork-a-saurus who’s dudically undudical. Thankfully, I’m dutifully dudical to the max-o-rama.

I’m also immaterialistic. Only recently, though. I’ve yapped about this in a previous blog. Remember that one? Of course you don’t! We’ve established your butt is a burger. And burger butts don’t remember blogs from several weeks ago. Especially ones written by me. But I remember. Spoiler alert: My business cured my materialistic addiction. And I’m realizing that’s left me feeling EMPTY. Yeppers. I’ll explain why. Let’s get into it!

So today was a pretty normal Friday. Did my usual morning routine of blending together a concoction of nutritious sludge, littered with various seeds of hemp and chia varieties,  while I listened to a podcast about men who grapple each other in their underwear. I’m sure you can relate. Oh, you can’t? That’s what a butt burger would say. Typical.

Usually on Fridays, I go to my office to pack mailers for hours, but I decided to hit up the Disney Store before it opened because I thought the new Little Mermaid Ufufy line was releasing today. Turns out I was HALF right – they released it online today, but it doesn’t release in stores until Monday. Doh! No biggie, though – I needed to hit up Uniqlo as well, and since that didn’t open until 11am, I decided to chill near the Disney Store and eat my boring-ass steamed veggies while I watched people stroll by. 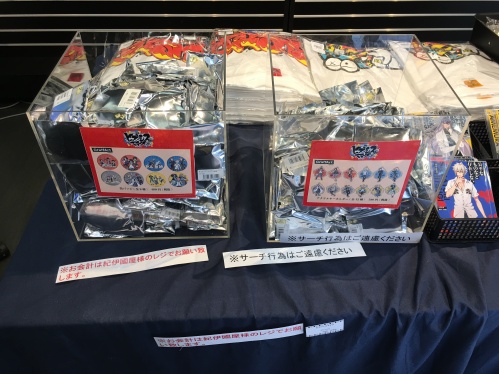 Across from where I was sitting was a book store that had a pop-up shop for some anime (I think?). And in this pop-up shop they were selling all sorts of random crap, like shirts, phone cases, and a bunch of blind bags with buttons and keychains inside. As I was slowly nomming my grub, I noticed multiple women of varying ages camping out next to me to open up MULTIPLE blind bags. And when I say multiple, I’m talking 10-15. That’s a LOT. To me, at least. What the hell do I know? Nothing. Maybe that’s normal to them. If so, I need their jobs, because they must be making BANK. Gimme some of dat blind bag money!

But what really struck was this: These were ATTRACTIVE, fashionable women geeking out over these stupid buttons and keychains. Hell, one woman had a BINDER to put them all in, complete with protective plastic bags for each one. This shit just blew my mind. Why? They’re stupid buttons. WHO CARES! Then it hit me…

I used to be them!

Not too long ago, I used to spend HOURS in my local Target FONDLING LEGO Minifigure blind bags to complete a full wave. I got so good at it, I could find all 16 without getting a single duplicate. Impressive, right? NO! OK, yes. But also NO! Because it was stupid and a colossal waste of time and money. Luckily, a former co-worker of mine literally bought all of my figures for a stupid amount of money, so it wasn’t a total waste. But I look back it and now and just cringe. WHY? WHY DID I WANT THAT CRAP?

That’s what I was thinking while I watched this woman carefully organize her buttons. But then it made me realize something else: these women were PASSIONATE about something. Granted, it was stupid buttons, but, hey, at least it motivated them. Made them happy. Then I thought about me. I asked myself: Is there material item I want in this world like these women wanted these buttons? Answer:

Nothing. Before I moved here? Yes, tons of things. But now? Absolutely nothing. And y’know what? That made me feel a little bit… Empty. It’s a weird feeling; I’ve become so immaterialistic, I literally felt GUILTY when I bought clothes at Uniqlo shortly after watching these button-lovers. Because I wasn’t buying clothes to be fashionable (I’m a goddamn dork). Nor to impress anyone (no one ever sees me). I bought some shorts and a lighter pair of sweat pants because they were a necessity: I needed shorts because it’s getting stupidly hot and I needed a thinner pair of pants for the gym because my current pair are made for the winter.

So why did I feel guilty? Because my business has made me treasure every penny I make, to the point where I don’t want to throw away what I make on worthless junk, even if said junk is more than worthy.

It’s funny; a subscriber of mine asked if she could send me stuff today. And, honestly, I kinda wanted to tell her not to bother. Not because I didn’t appreciate her kind gesture. It’s quite the opposite, really – I’m STUPIDLY humbled and flattered she’s considering it. It’s more that I don’t want her to waste her money because there’s literally nothing I want in this world more than this: genuine human companionship (although I’ll settle for cats, corgis, or DRAGONS). No trinket nor piece of merch is going to fill this emptiness I feel. 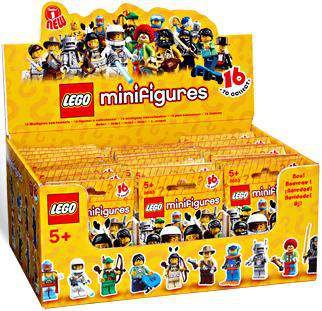 That’s when I realized my material addiction back home merely masked my loneliness. So when I was wasting hours groping Minifigure bags, I wasn’t doing it to collect stupid plastic figures. I was doing it because I wanted to pretend my life had some sort of purpose to it. That I was accomplishing something. That I wasn’t alone in this stupid world. Spoiler alert: I am alone. Only now I don’t waste my money on useless crap. I guess I’m better off now? Less pointless crap at least!

But after thinking about this, I felt kinda bad for this women sleeving her buttons. All I could think was I hope her buttons weren’t masking her loneliness like me. But then I thought: Hmm… Maybe she just REALLY likes buttons? Hey, whatever floats your button boat.